The only data postpaid plan for mobile devices.

You can use GB also in Europe
*INTERNET allowance you can use in Italy and in the EU countries.

You can use GB also in Europe
*INTERNET allowance you can use in Italy and in the EU countries.

Why should you choose GIGABOOST for your business?

GIGABOOST is the internet only mobile plan allowing you to browse freely and without any additional charges. With you available data up to 30 GB, valid both in Italy and the in EU countries, you can use the data on several devices: pc, tablet, but also web cube and smartphone.
No limits to your business with GIGABOOST. 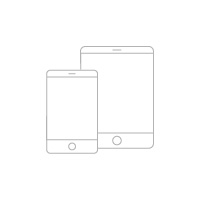 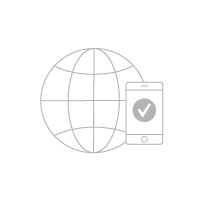 NO RESTRAINTS
DATA available both in Europe and in Italy 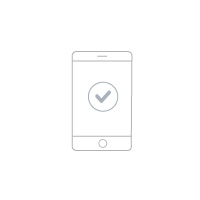 NO WORRIES
No need to top up your balance

What happens if I use up my data allowance?
If you go over your plan high speed data access allowance, you can still browse but your internet browsing speed is reduced to 64 kb/s until the end of the relevant month and the following bundle renewal.
Can I combine GIGABOOST plan with a voice option?
If you need to combine a voice bundle with a data one, you can choose MYUNLIMITED: it delivers unlimited minutes in Italy and abroad, texts and internet on 4G network speed.
Can I use my data while I'm abroad?
For sure you can. You can use your data allowance in Italy and in Europe.
Where can I check my available minutes and data?
For sure you can! You can easily check your minute, text and data usage and allowance balance on your WINDTRE BUSINESS App. Find out more about the WINDTRE BUSINESS App at the detailed page.
Were you looking for another offer? Find out more on the Business Mobile Offers in our catalogue!
WINDTRE Reminder
Promotions on new activations, valid until October 4th, 2020.
Monthly plan charge includes Internet and Intranet usage generated in Italy and the European Union countries via internet.it APN, in the reference two-month period. If you reach your bundle limit, i.e. 10 GB on 10GB INTERNET plan and 30 GB on 30GB INTERNET plan, your internet browsing speed is reduced to 64 kb/s until the end of the relevant month.
Usage on international roaming is not included and billed on a pay-as-you-go basis according to price terms and conditions set forth under annexed specific contract and is excluded from plan bundle; the above does not apply to usage generated in the European Union countries or text, data, and fax usage on GSM.
Plan contract term is 24 months. One-off activation fee: The offer includes a one-off activation fee of 85 euro per each SIM card, divided in an initial fee of 5 euro (for INTERNET 10GB and INTERNET 30GB) and a second fee of 80 euro which won’t be charged if the offer stays on for 24 months. In the alternative, the client can choose to pay everything is a single payment of 85 euro or an initial fee of 5 euro and the remaining sum in 24 fees in the following months. The cost will be applied, specifically, in the last invoice. The GMS data traffic and FAX are excluded.
If your plan is combined with 4G LTE WebCube4, you plan bundle includes Internet usage generated in Italy on GPRS, UMTS, HSDPA and LTE. Data and fax usage on GSM is excluded.